Ace On The House

Before becoming a comedian, Adam Carolla was a hammer-swinging, ditch-digging carpenter. Now, Adam's bringing that knowledge to you in Ace On The House, a weekly home improvement podcast. Joined by Eric Stromer, the guys take your calls and answer your e-mail questions with an informative, hilarious twist. From contractors to novices, this show is sure to keep you coming back every Saturday to get your weekend dose of Adam. 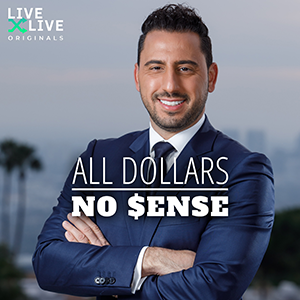 All Dollars. No $ense 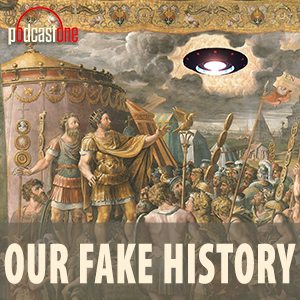 A podcast about myths we think are history and history that might be hidden in myths! Awesome stories that really (maybe) happened! 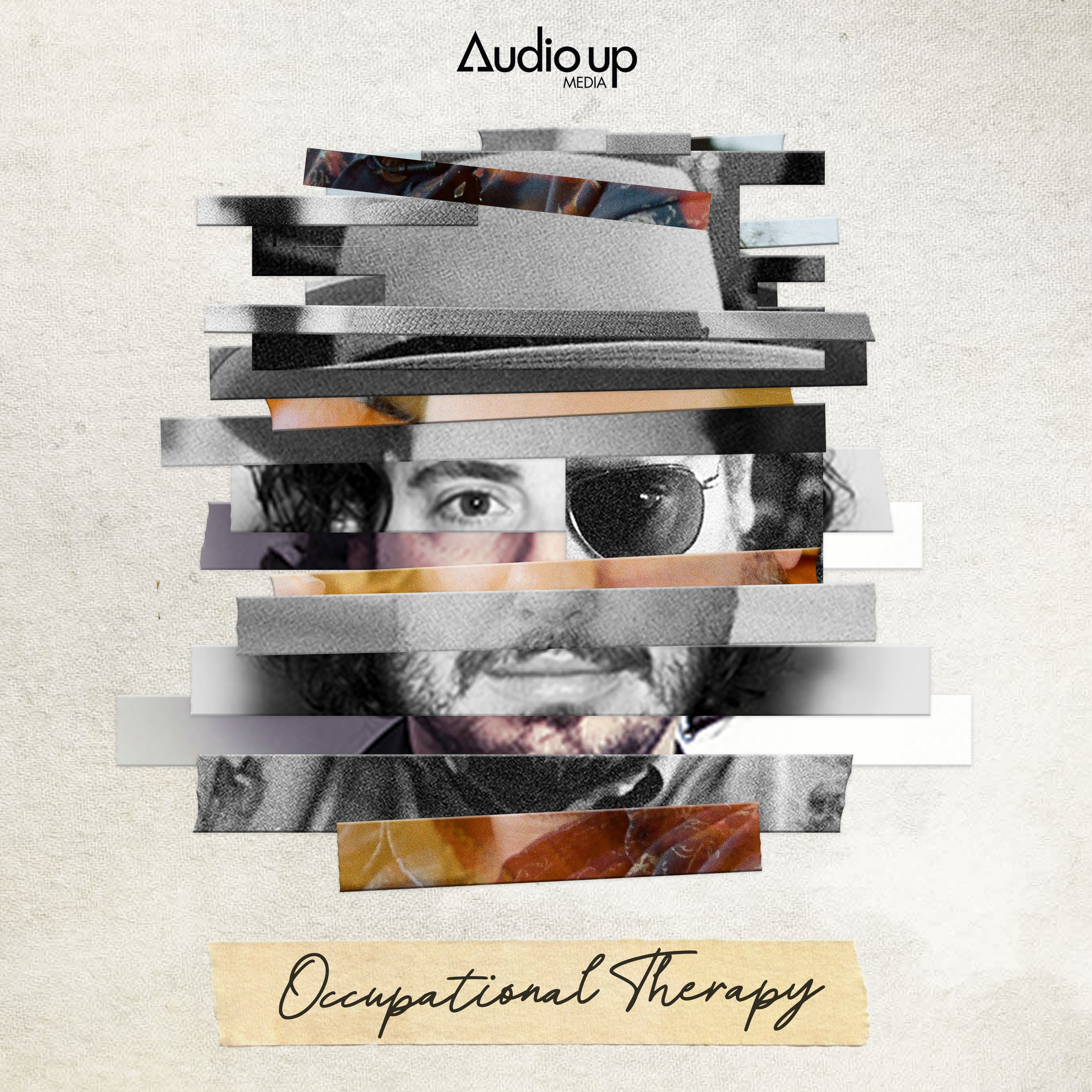 Audio Up has collaborated with New York University?s Clive Davis Institute of Recorded Music, to release a new educational podcast series titled Occupational Therapy.?Jingle? Jared Gutstadt (creator of the hit musical podcast Bear and a Banjo) is the number one jingle writer of all time for film and television (shows like The Voice, American Pickers, Pawn Stars, Real Housewives of Atlanta and countless shows about pregnant teenagers for MTV). Jared recently sold his company Jingle Punks and now is in a two-year period of (what they call in the startup business) a ?non compete.? That?s quite sad because Jared really really likes to work, so now he?s looking for a new job... and he has 24 months to find one. Join Jared and his co-host Zach Selwyn (Comedy Central, Attack of the Show, Audio Up News Network) in this podcast as they talk to people who have ?made it? in their respective careers, as Jared tries to figure out his next big move. Featuring TV legends, NBA players, photographers, artists, musicians and more, these interviews will help us all understand how they?ve accomplished their ambitions, and will help Jared determine whether or not there?s could be his next occupation. 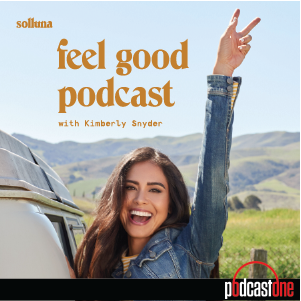 Kimberly offers info, insight and practical tools to help you develop a lifestyle that promotes health, wholeness and healing. Every week tune into interviews with top experts in health, wellness, spirituality, beauty and personal empowerment, as well as the Thursday Q and A segment with questions from the community. Start living your most beautiful, inspired and joyful life... and start to really FEEL GOOD! 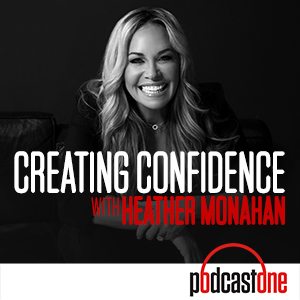 Looking to take your life to the next level? Each week Heather sits down to share with you the techniques and strategies to create your confidence, pursue your dreams and leapfrog the villains you?ll meet along the way. After successfully shattering the glass ceiling in corporate America, Heather is now a best-selling author, professional speaker and entrepreneur. She is currently pulling back the curtain to expose what it takes to get ahead in business and life so you can claim the greatness that you deserve. Find out why USA Today, CNN, and Steve Harvey have all featured her and most recently seen as a guest lecturer at Harvard. 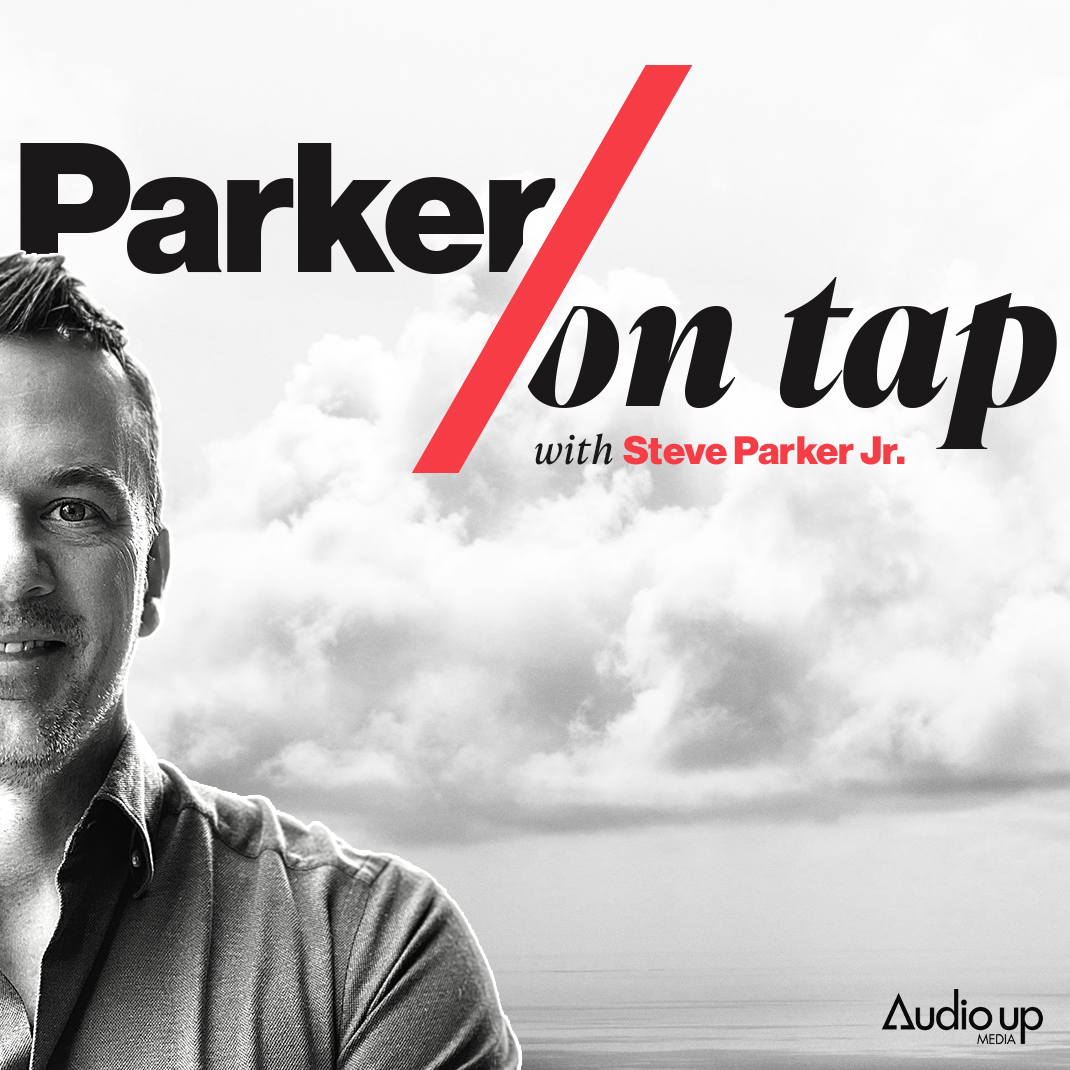 Parker on Tap digs into the purpose of what led each guest to their specific place in life and work, including past challenges, heartbreak, wild success, and their most honest of experiences. Each episode connects the guest back to the principles that guide them - you will learn, laugh, and hear stories never before told. 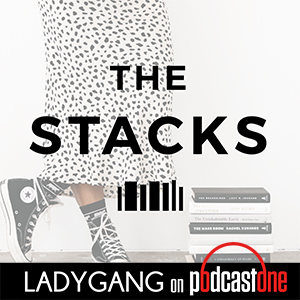 The Stacks is your one stop shop to talk books and reading. Guests will join the host, Traci for two episodes of bookish conversations. In their first episode guests will talk about their reading habits, likes and dislikes, and much more. In their second episode, they'll discuss The Stacks Book Club (TSBC) pick. Get ready for fun and thoughtful conversations about books and reading.

Make sure to check the website www.thestackspodcast.com for more details, including upcoming The Stacks Book Club picks.

Get the ultimate insider's scoop on the best new books. The editors at Kirkus Reviews interview your favorite authors, tell you whether or not the books on the bestseller list are worth the read, give you behind-the-scenes insights, and introduce you to great books you may otherwise never find.

It's time to live your best life! Need the tools to help you build it? Learn to empower yourself and live life to the fullest by letting Lindsay Rielly, Leah Messer, and Brian Scott help you learn to reboot your life. 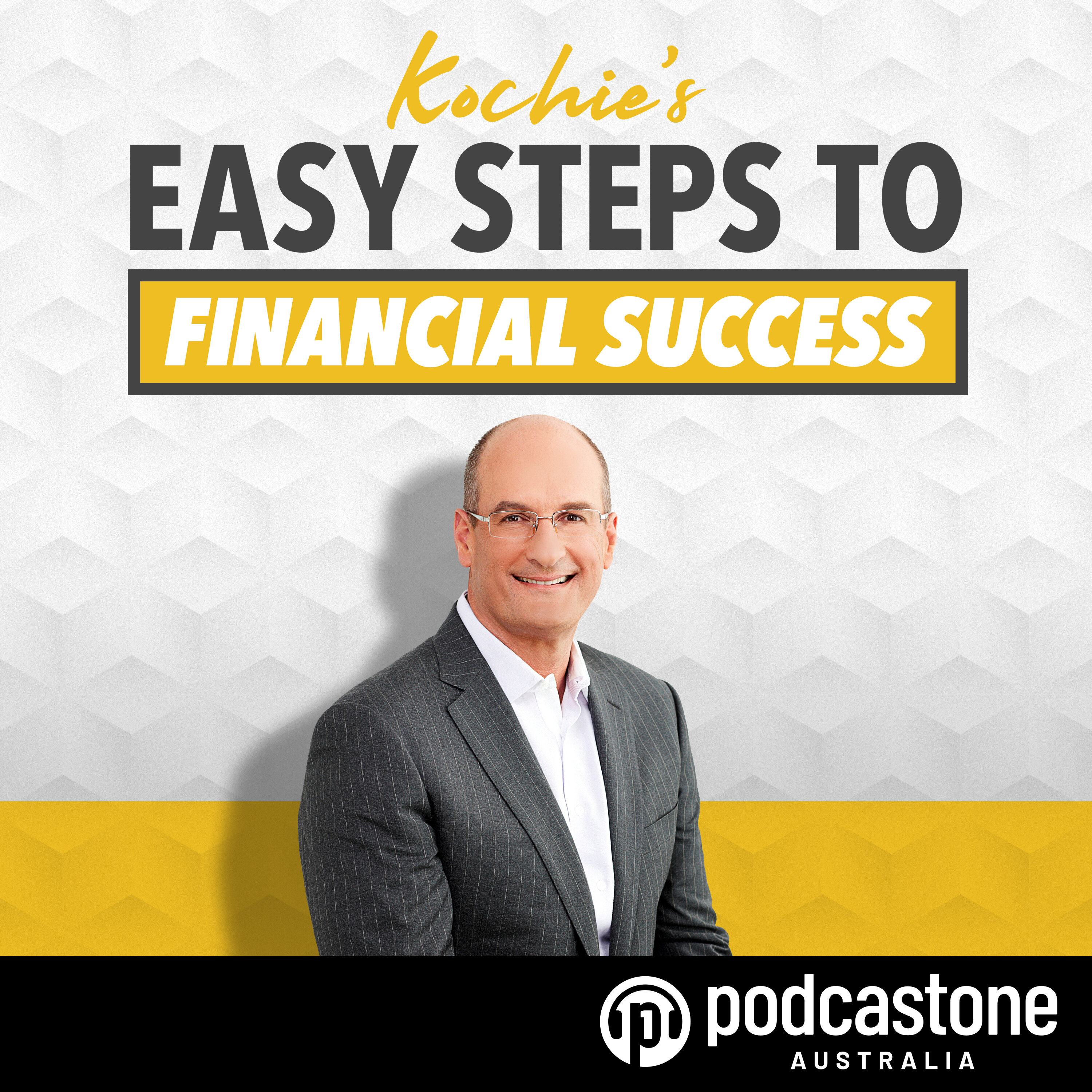 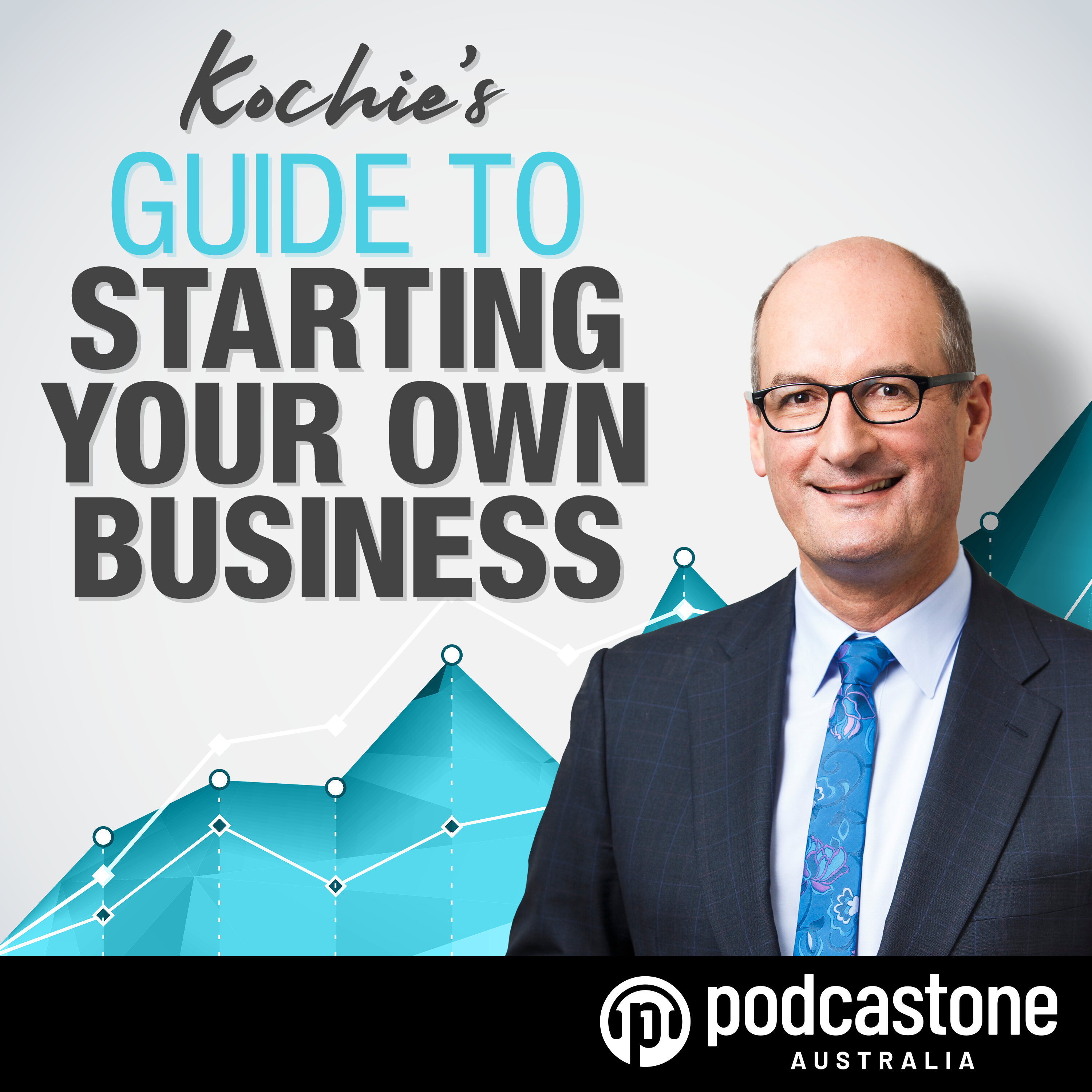 Kochie's Guide To Starting Your Own Business

From developing a business plan, to building your product or service, to choosing your corporate structure and learning how to effectively market to customers. Finance journalist and business owner David ‘Kochie’ Koch takes you through all the steps you need to take to give your business the best chance at success. 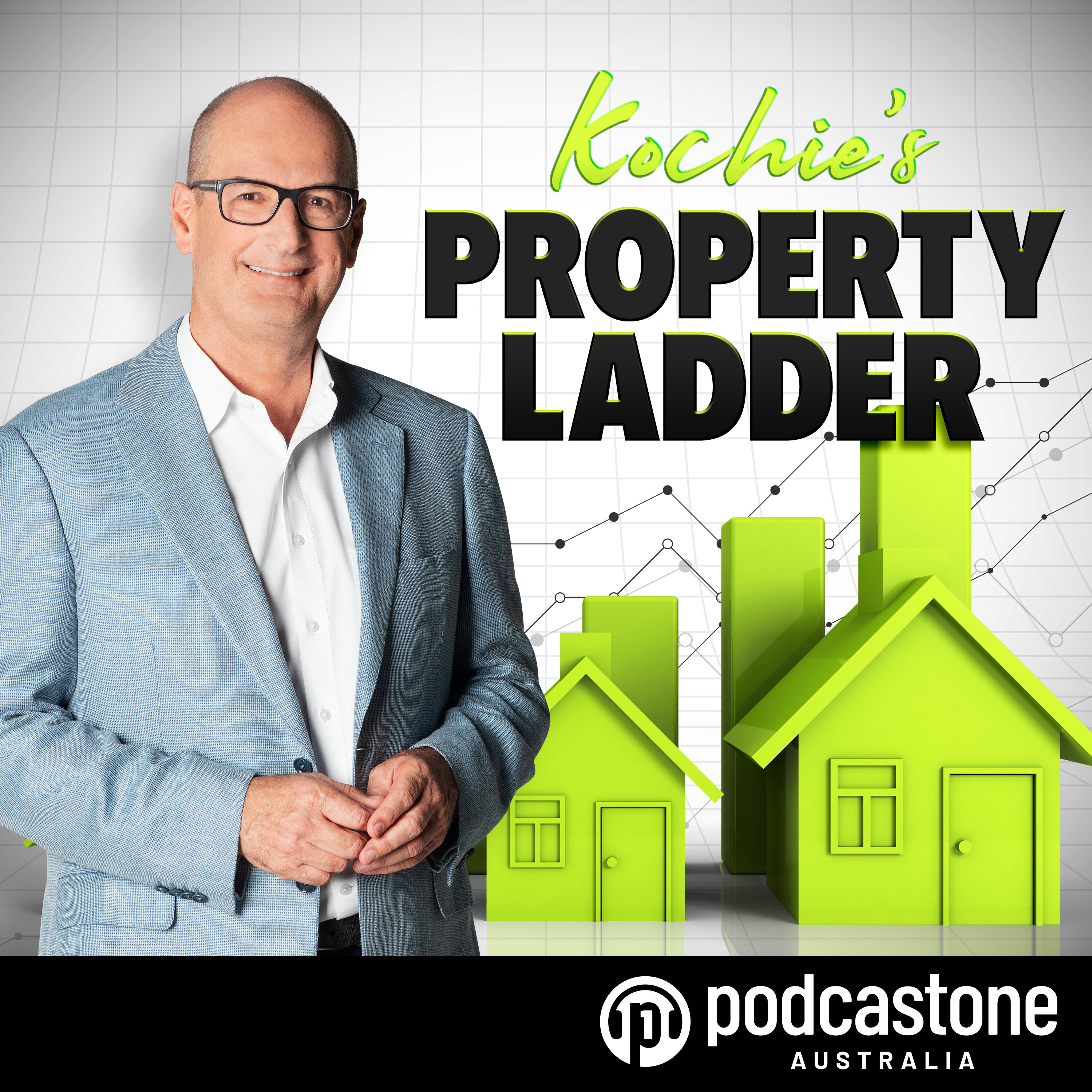 From financing your first home, to researching a property before you buy it, to giving yourself the best chance at winning at an auction - in this series Finance Journalist David ?Kochie? Koch takes you through what you need to know to buy your dream home, for the best price.He will also take you through his tips on how to best climb the property ladder and become a savvy property investor by telling you how to recognise the up and coming areas for property investment, how to manage your rental property with minimal fuss and what you need to do to sell your property for the best price.

Family Law Attorney Laura Wasser answers questions, shares anecdotes and chats with opinionated men and women, innovative thought-leaders and celebrities about breaking up, getting divorced and moving on.
There's no way around it... breaking up sucks... but it doesn't have to be that way!

it's over easy, the online divorce service 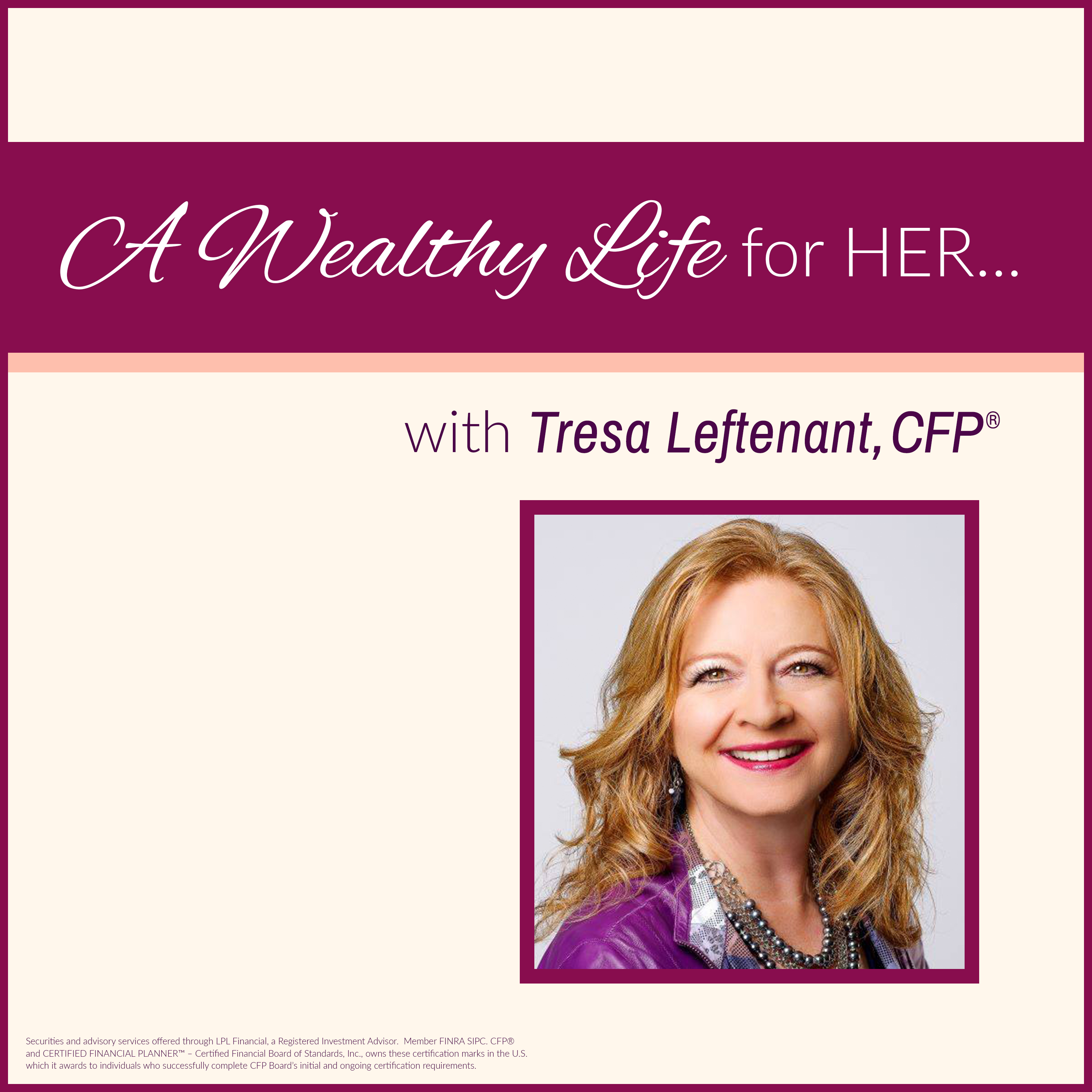 Wealth in your life is not just about how much money you have in the bank. To the contrary, true wealth is found through a balance of all things important to you. Discover your own path to wealth by listening each week to A Wealthy Life for Her. . . with Tresa Leftenant, CFP®. Tresa stresses that robust health, fulfilling work, abundance with money, thriving relationships and the pursuit of passions and real fun can make life truly meaningful. To help make her points, Tresa invites fascinating guests to the studio to explain, enhance and explore the unlimited opportunities for women to live a wealthy life.

Listen weekly to nourish your inner self thanks to the dynamic program, Choices: Finding Your Joy, hosted by Paula Vail. The mission of her show is to spread positive energy, information, and inspiration through education and entertainment. The more informed listeners are about how to replenish their own emotions, body and souls; the more able they are to make choices that spread authentic awareness, truth, love, and joy to themselves and to others. 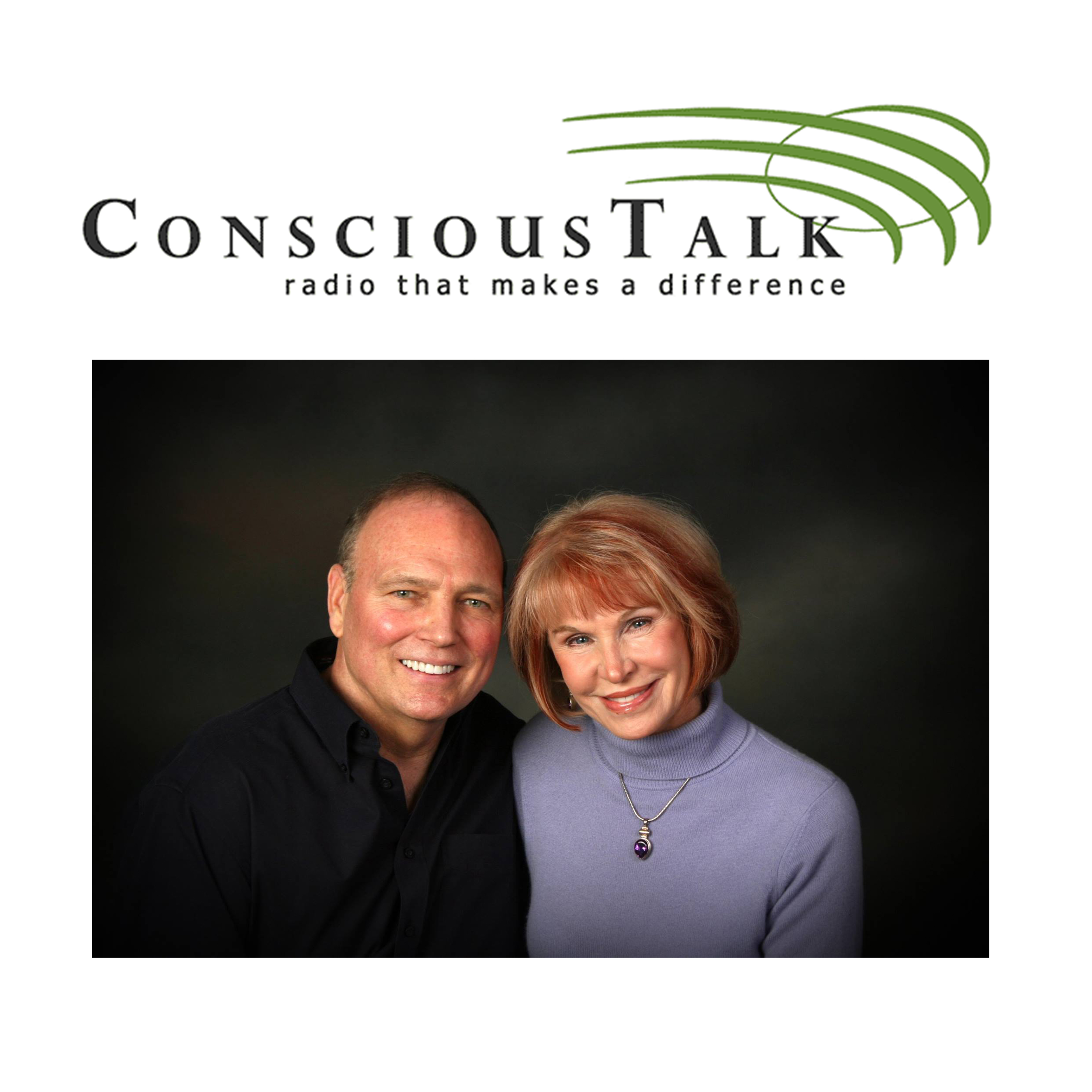 Brenda and Rob, hosts of Conscious Talk, created "Radio That Makes A Difference" to help transform the world one listener at a time from the inside out. Conscious Talk truly starts your day in a brand new, uplifting way. 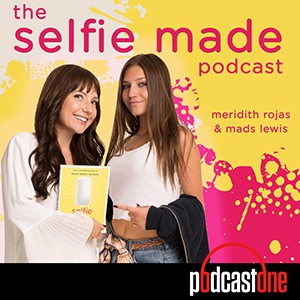 Join us for a weekly show for the aspiring social media influencer and pop culture vulture looking to stay ahead of internet trends. We're giving you all the tips and tricks you need to take your social media career all the way. Learn from our guests, the biggest social stars in the world, and get inspired! 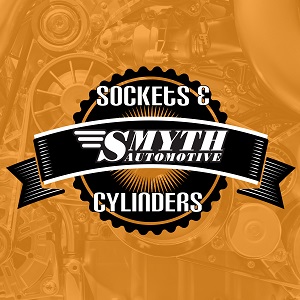 Sockets and Cylinders with Smyth Automotive

Hosted by Smyth Automotive's Andrew Rosen and B-105's Jason "Stattman" Statt, Sockets and Cylinders is all about the pride of working on your vehicle. Learn tips and tricks from experts in the automotive field, hear Stattman's creative solutions to truck troubles, and get your parts and repair questions answered. 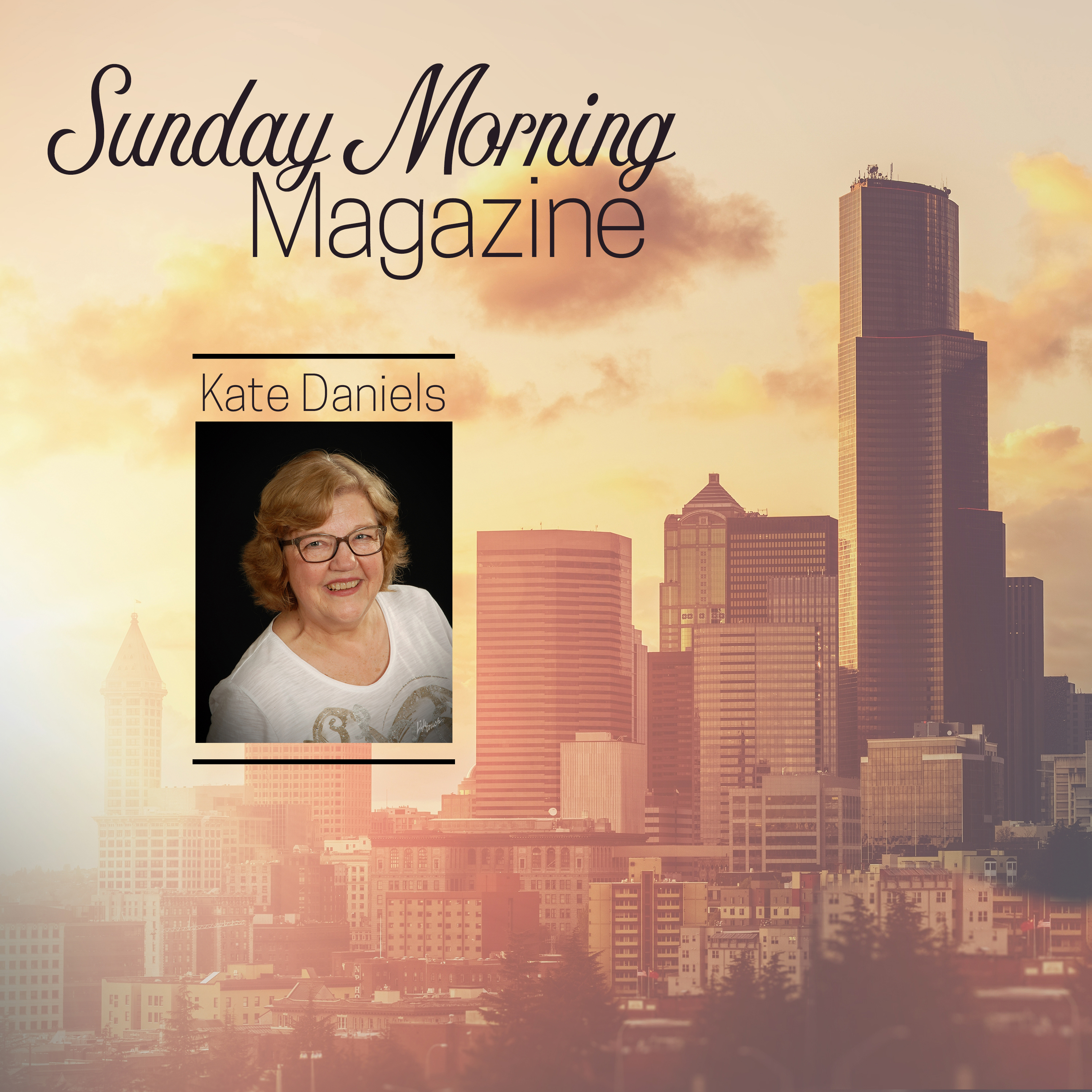 Sunday Morning Magazine is a local Seattle podcast featuring guests from local non-profit agencies, authors and specialists in the fields that are the focus of each weekend's informative conversation. These focus areas include education, environment, charities, crime, health, domestic issues, and youth. 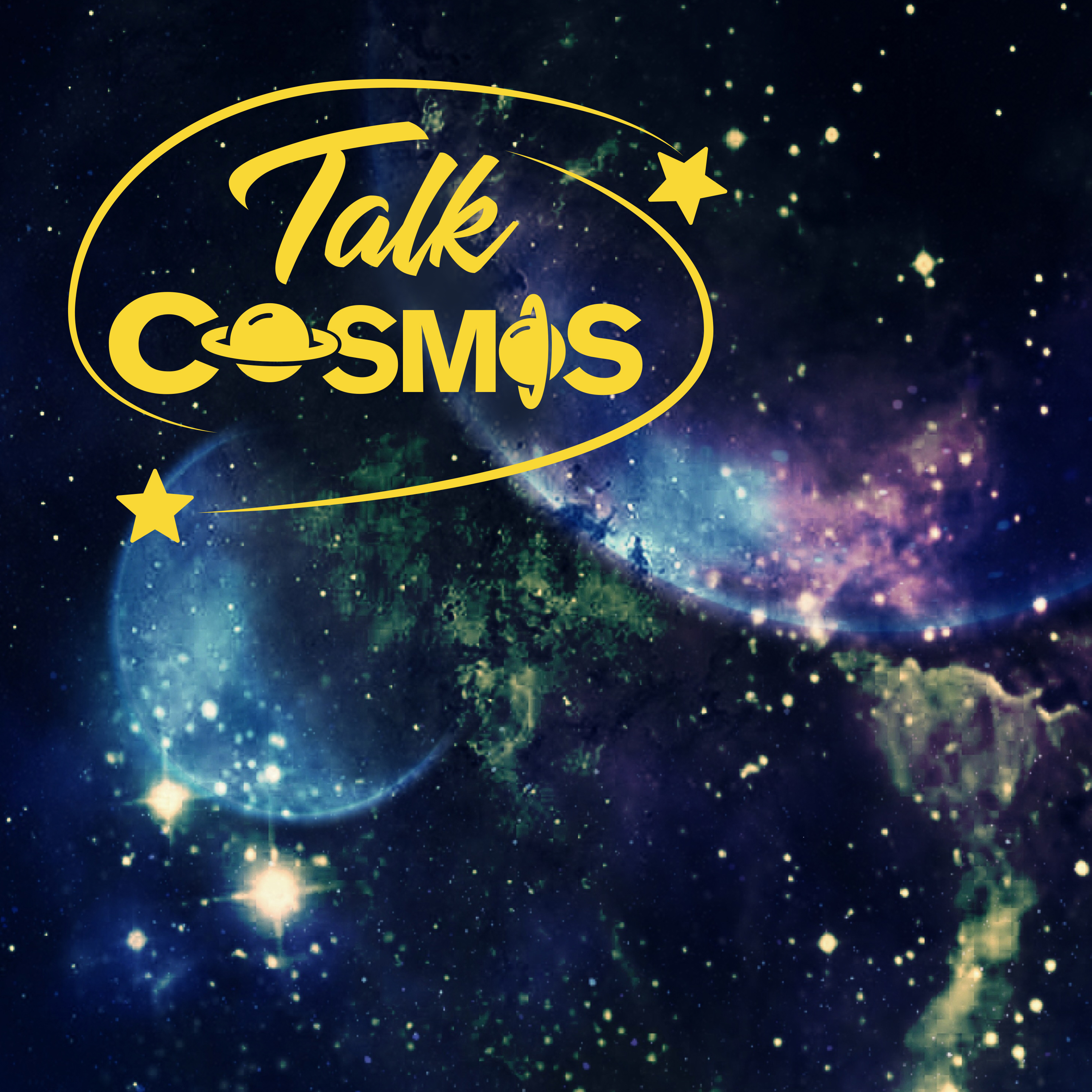 Join your host, Sue Rose Minahan, as she discusses the orchestra of life that is the Cosmos. Astrological archetypes and their related cycles take the center stage as Sue navigates the unconscious patterns that represent humanity?s collective experiences, carried from time?s past into the present. Each week brings a guest joining Sue in a conversation deliberating and sharing their astrological or life perspective on a subject involving the month?s archetype and cycle. 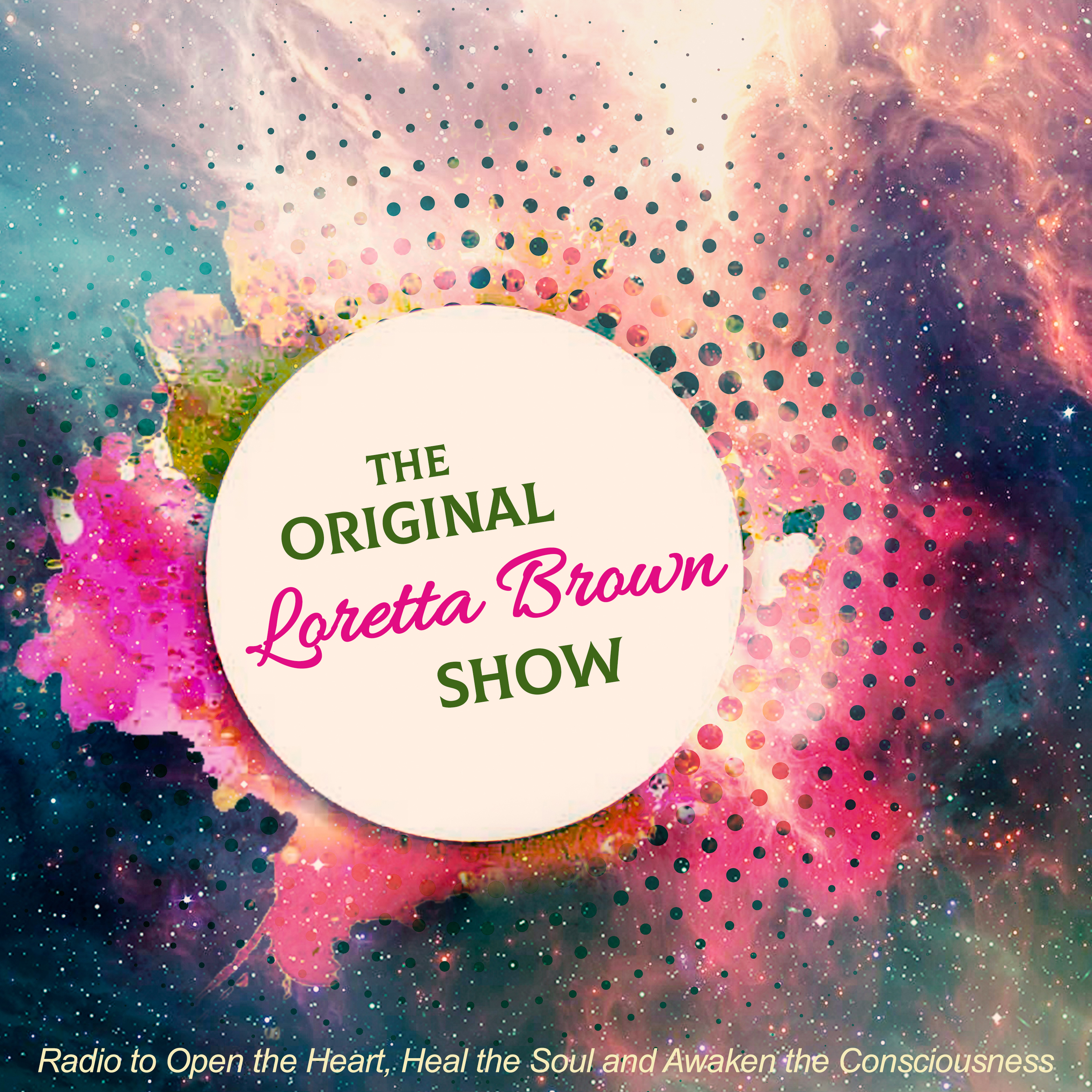 Looking for fresh inspiration? Curious as to how ancient mysteries relate to present day challenges? Want to learn more about Energy Medicine, psychic abilities, sound healing, angels and curious things? Then listen to The Original Loretta Brown Show to Open the Heart, Heal the Soul and Awaken the Consciousness. 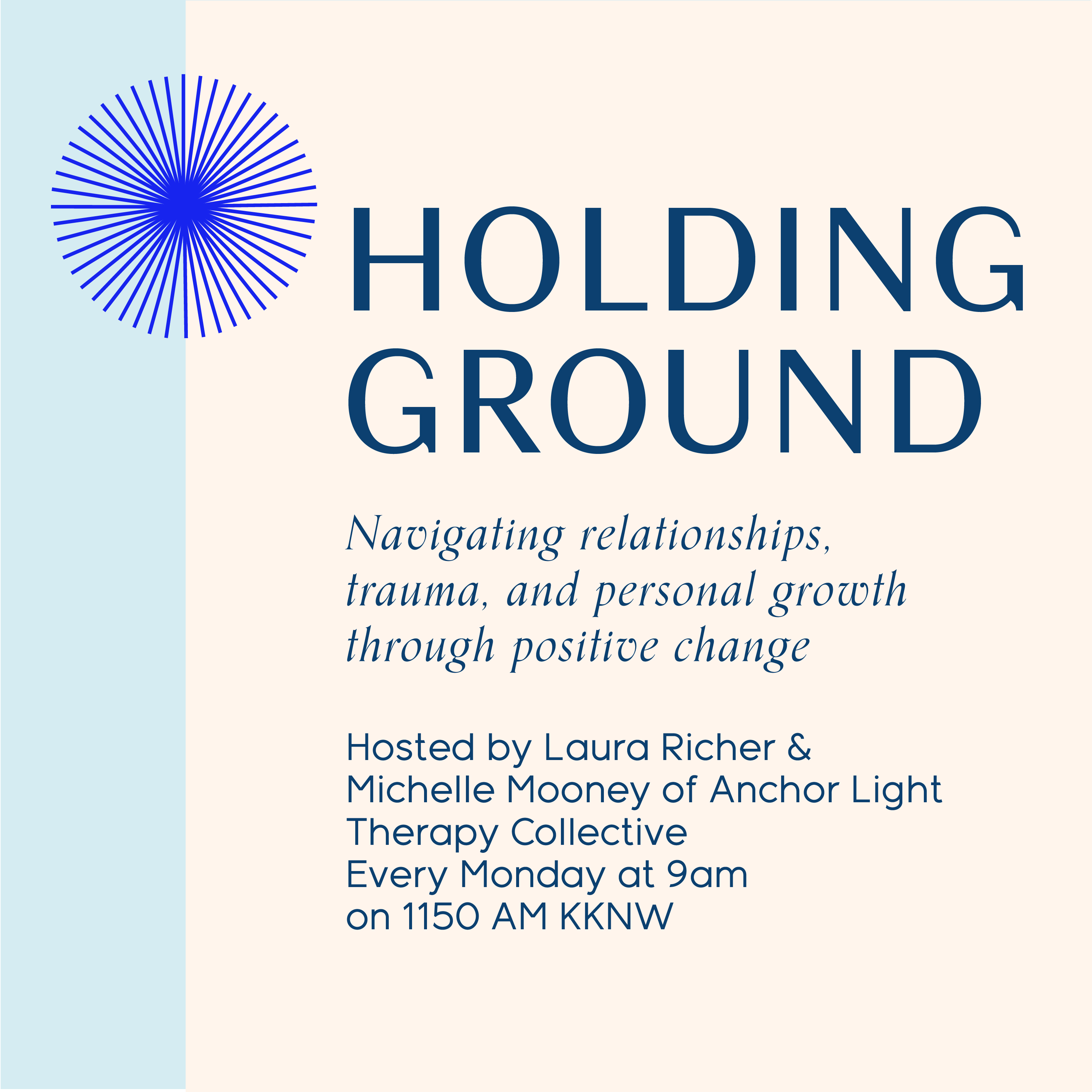 A relationship therapist and a trauma specialist team up to offer keen insight about the ways that human connections and damaging emotional situations complicate, confuse, and sometimes even conspire to heal and harmonize. 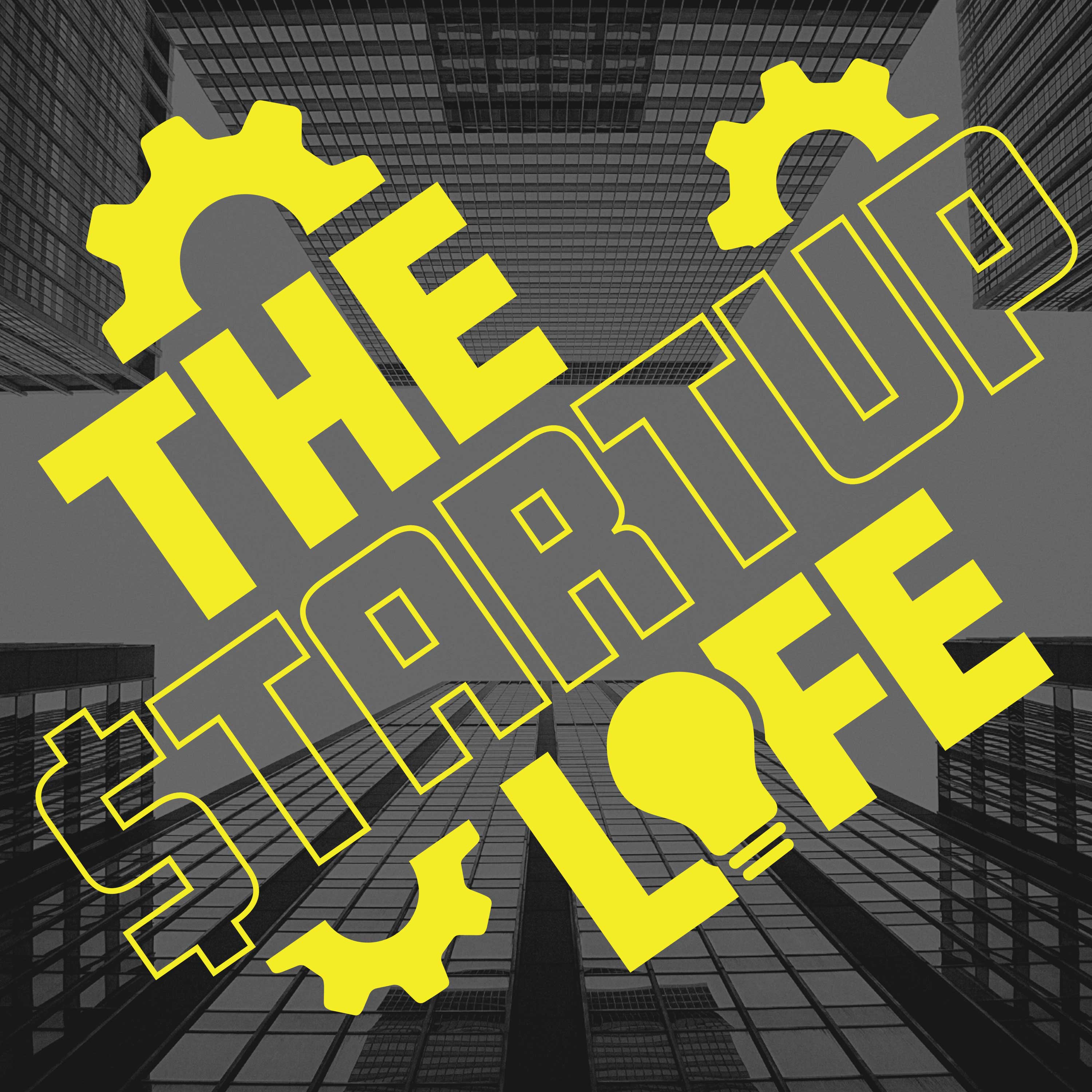 The Startup Life is for entrepreneurs wanting to grow their business and career-minded professionals looking to scale the corporate ladder. Get ready to receive major value as host Dominic Lawson interviews the best business minds in the world.

Join Eddie Rye Jr. and fascinating guests from around the world as they discuss the topics important to today?s world ? whether you live in the Northwest or in some faraway country. Eddie uses his years of media experience to get to the heart of every conversation. 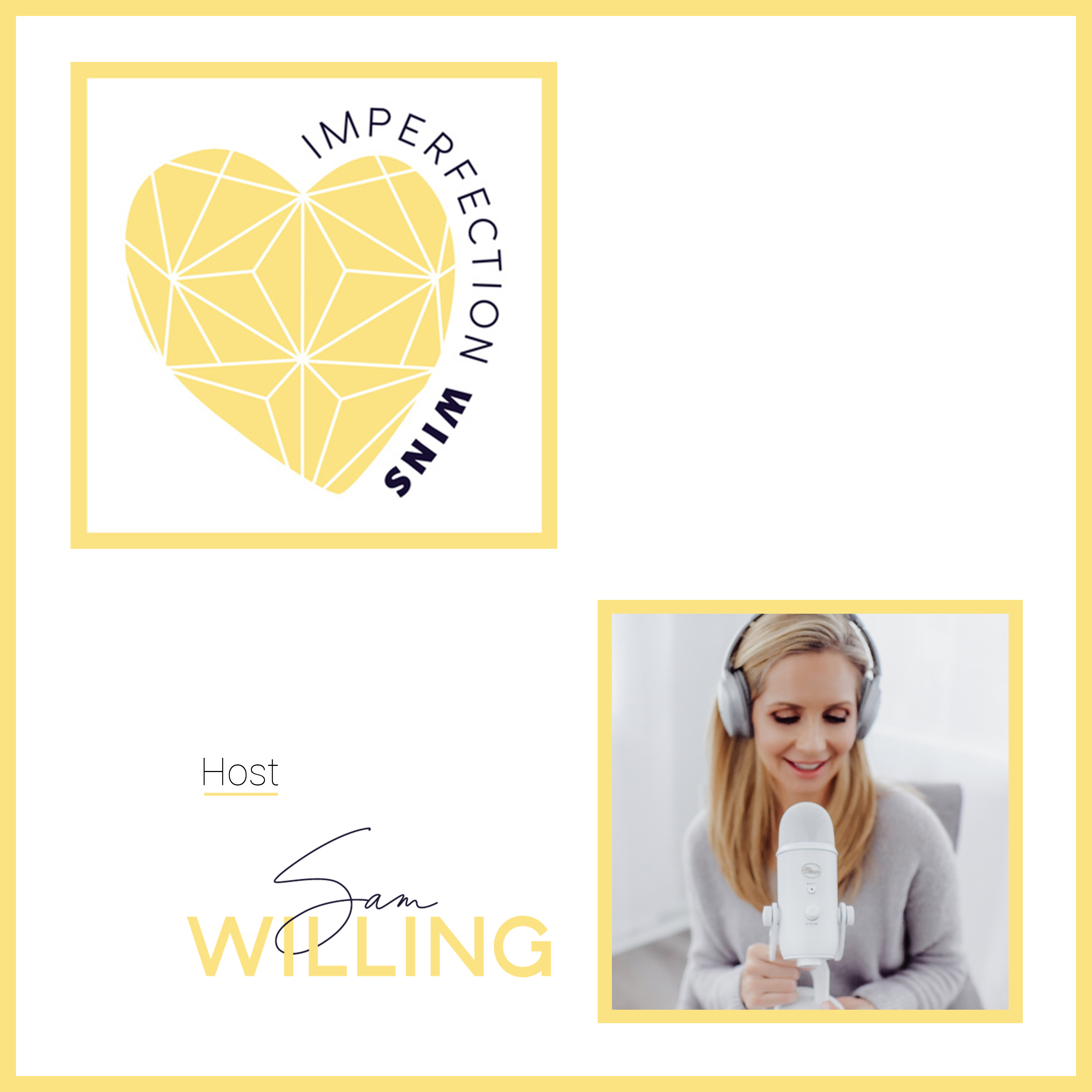 Join Executive Coach and Human Resources expert, Sam Willing on a journey of opening up to vulnerability, letting go of perfection and embracing the uniqueness within all of us. Sam?s unique perspective on compassion and kindness and her focus on developing deep connections with others, will leave you feeling encouraged and refreshed. 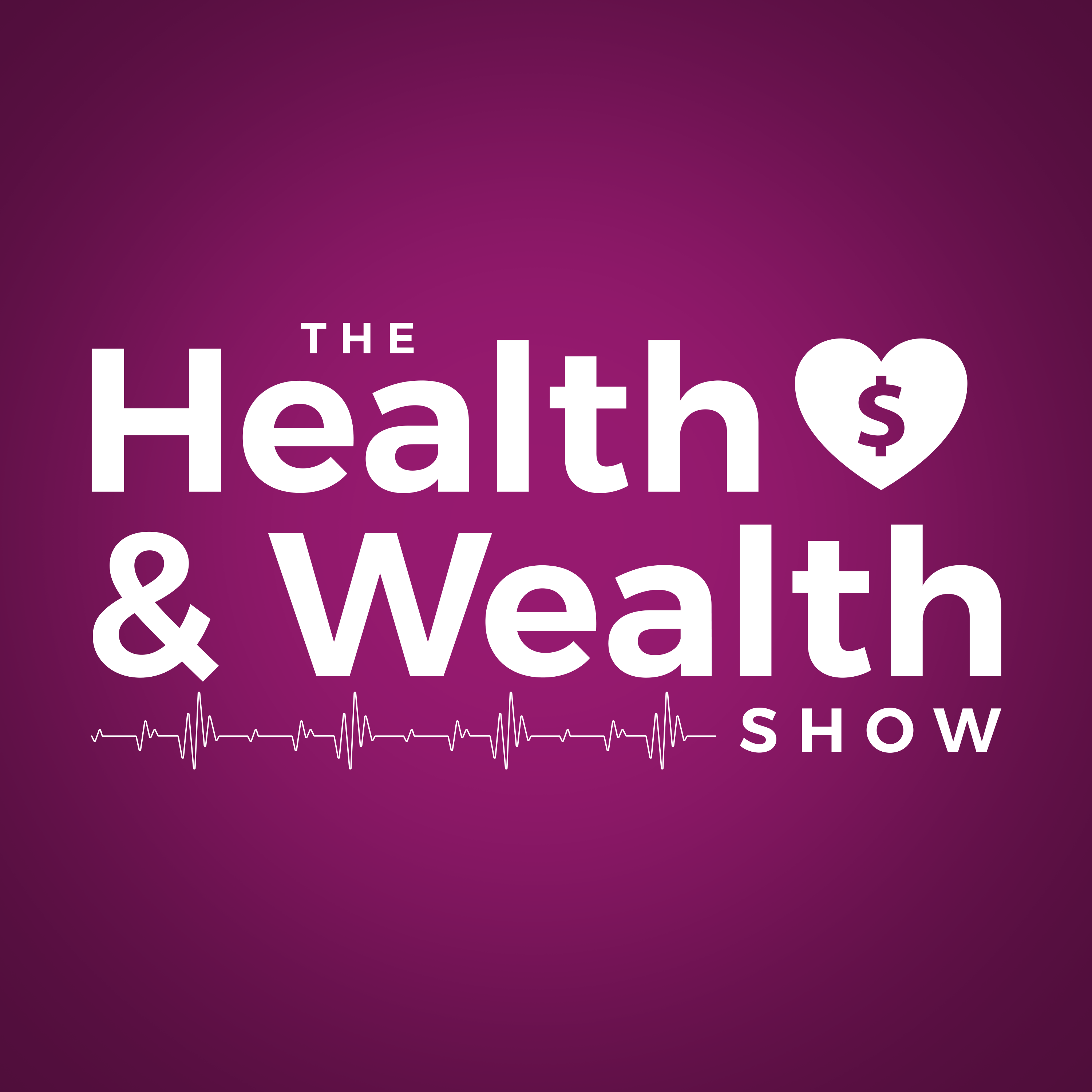 The Health and Wealth Show

They say in life?we?re all striving for health, wealth, and happiness! You listen to myTalk to bring you the happiness part?and now you can find the other two heard Sunday mornings at 10AM on the Health and Wealth show! Hosted by Expert Guests Dr. Amy Johnson-Grass of Health Foundations Birth Center and Mom & Daughter duo Cassandra Brashier and Carla Zevnik-Seufzer of ClearStep Financial. 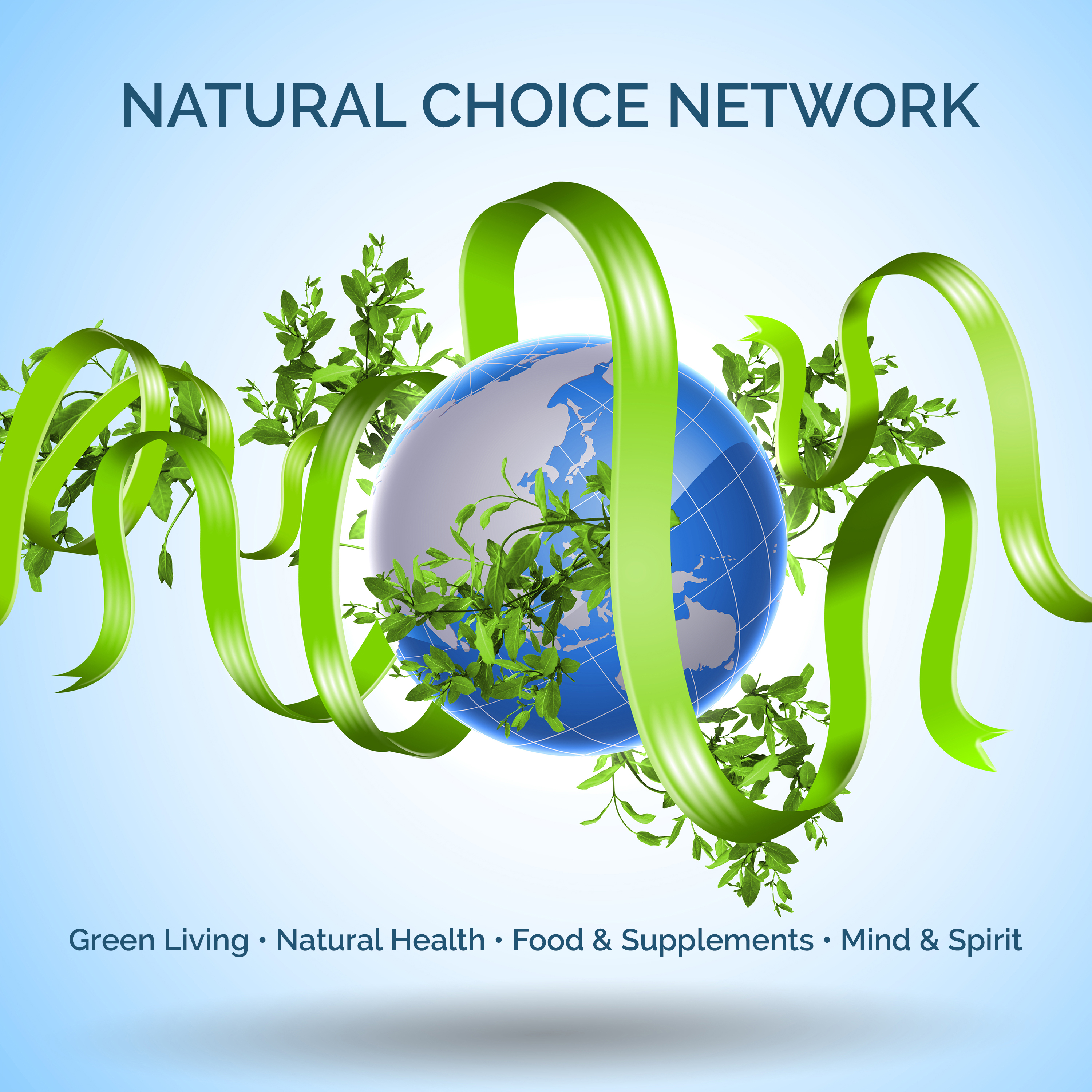 Natural Choice Network is a show that explores the topics of sustainability, natural health, natural food, a healthy mind, and green resources. Host Martha Childress is committed to enhancing community, sustainability and health living in the region for future generations to come and will interview experts on various related topics. 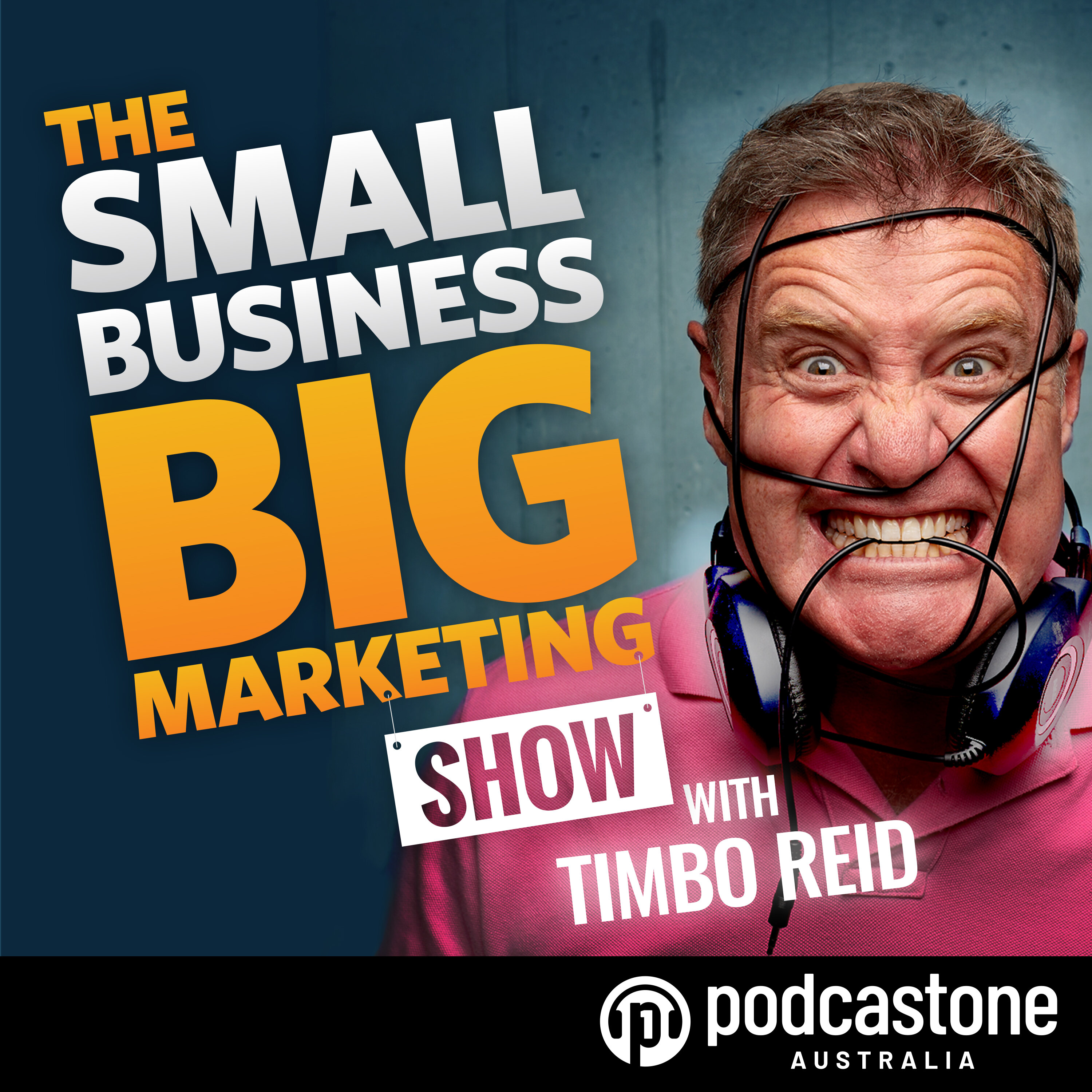 The most innovative people in the world of small business go one-on-one each week with marketing expert Tim Reid. In this award winning podcast; business owners share where their original business idea came from, how they got it to market and the strategies they used that led to their business?s unprecedented growth. Host Timbo Reid?s curiosity for what makes business owners tick and his passion for small business success means that every episode is chock full of marketing gold that will help you build that beautiful business of yours into the empire it deserves to be. 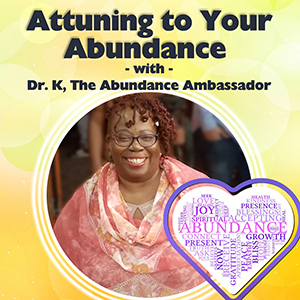 Dr. K's Place of Abundance is where we tap deep into the power and presence of Abundance in our lives. Through, poetry, affirmation practices, and writing exercises we align our thoughts, words, actions and expectations for our highest good, recognizing that the universe always says yes! 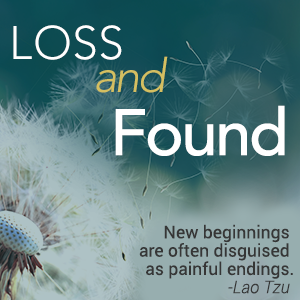 Everyone experiences loss in their life. Loss of a loved one often comes to mind, but loss comes in many forms and dealing with any loss can be very difficult. Now, there is a podcast to help navigate areas of loss. 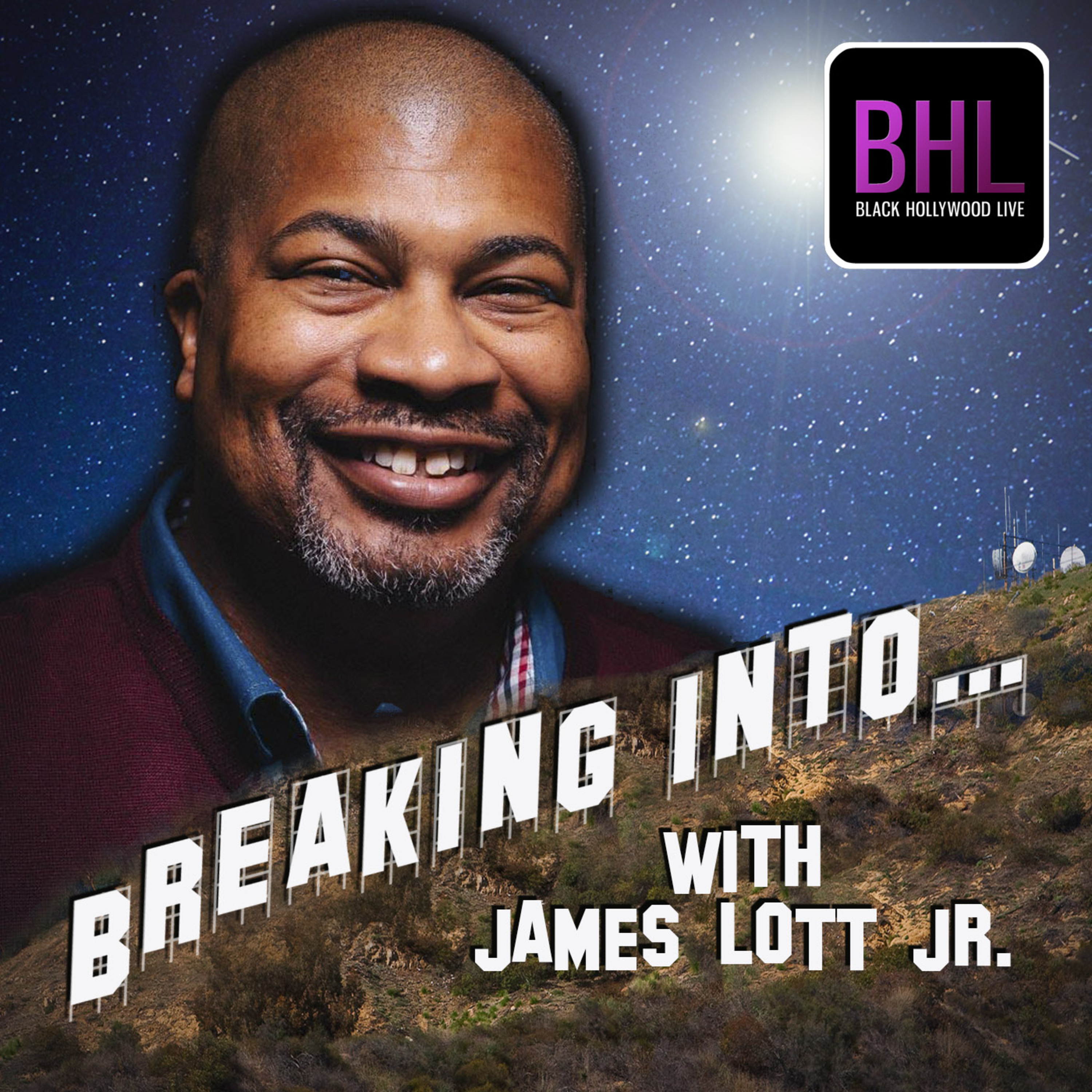 Breaking Into is a vodcast series in which hosts Derrial Christon and Jessica King interview industry professionals on the process, tips and tricks of their profession. This vodcast is produced in conjunction with Nick Cannon and his NCredible tablets.