Radio Drama is Back, But Not on Radio

I’ve been a cheerleader for radio since I founded Westwood One 40 years ago. My guiding principle has always been that content is king. Today’s digital technology has made it possible to bypass the format restrictions of radio to provide consumers easier access to audio and more content than ever before.

The renaissance television experienced, when on-demand video sparked a new and vibrant environment for content, has now made its way to audio. The advent and dramatic growth of podcasts have created a new marketplace for scripted audio dramas that are attracting top talent from radio, television and film.

Dozens of highly produced audio dramas are back in the marketplace and they’re booming. These programs are bringing in ad revenues, millions of listeners, and measurable results for the advertisers that participate in or sponsor them. It’s all part of the raging growth of audio podcasts. Comedy, sports, conversations, interviews, tech and culture have historically been the key drivers of podcasting. Now, dramatic, well-produced programming has become a major contributor to podcasting’s rapid growth.

Here at PodcastOne, that reality has not been missed. Fully produced, original dramatic podcasts currently airing or in production include Cold Case Files (in partnership with A&E), Murder Made Me Famous (with Reelz), Serial Killer, Trials of a Vampire, Small Town Murder and other scripts in production with well-known television writers. One of those is the original series Goldrush, being produced in partnership with We’re Alive creator/producer Kc Wayland. 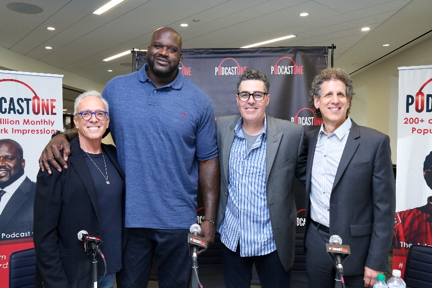 But how did we get here? When I first became aware of the nature and potential of podcasting six years ago, there were no 800-pound gorillas to help define the business. I quickly realized this was absolutely similar to the state of network and syndicated radio back in 1976 when I founded Westwood One. My first thought was there were no real podcast networks, at least no full-service networks at scale, that provided everything needed to produce and/or distribute a quality podcast from start to finish. The market was highly fractionalized with companies focusing on narrow areas of expertise. None of these companies provided a major commitment to sales, marketing, promotion, research, analytics and tech, let alone the back-end infrastructure to provide metrics in a variety of ways or handle client billing and collections.

As a result, the podcast segment wasn’t large enough to attract the big agencies and brand advertisers. This market opportunity led to the creation of PodcastOne and subsequently, a host of other companies which now have created the critical mass necessary to create a marketplace. So, how’s it going? According to Edison Research, in 2006, 11 percent of the U.S. population (P12+) had listened to a podcast. Last year, that figure had reached 40 percent. Our own digital research shows that in the last five years, consumption of our network programming has grown from 1.3 billion downloads to 2.8 billion downloads last year.

The robust year-over-year audience growth has spurred a myriad of new production companies to join the podcasting community and this is good for the marketplace. Great content fuels market growth, which benefits all content providers. There are production houses, tech platforms and sales reps, many of them focusing on particular genres. Going back to Edison, podcast listeners listen more to podcasts than any other digital audio, including music. Podcast listeners spend 28 percent more time listening to podcasts than they do listening to AM/FM radio.

We now have the platform to tell dramatic stories in a compelling and intimate way. We can target specific demo’s and markets, we can integrate brands into stories, reach a very large audience and accurately measure who, how, when and where they are listening. Best of all, the tidal wave that swept syndicated radio is about to happen again. I can see it, feel it and thanks to podcasting, hear it.

Am I still a cheerleader for radio? Sure. But my cheerleading passion is now squarely focused on podcasting, and I’m happy to say that the rooting section gets larger every day. 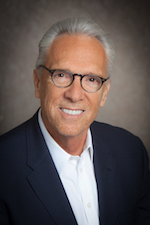 Norman Pattiz is the founder and executive chairman of PodcastOne. His extensive history of innovation and success in audio began over 40 years ago when he founded radio syndication giant Westwood One.  Later recognizing the untapped opportunities in audio on-demand, Pattiz launched PodcastOne, which quickly became the leading producer, distributor and revenue-driver in audio on-demand programming. Pattiz is in the National Radio Hall of Fame and received a Giants of Broadcasting Award from the Library of American Broadcasting.

<< Back to All Articles